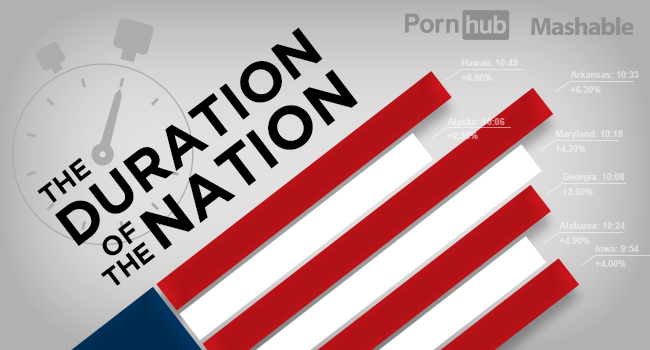 The Duration of the Nation – Time on Site

The average visit time across the United States is 9 minutes and 53 seconds which is matched by the folks in Indiana. A few other Midwestern states are middle of the pack including Kansas (9:58), Iowa (9:54) and Wisconsin (9:49). 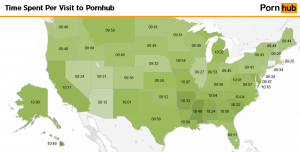 This time it’s West Virginia who matches the median of 9.05 pages. Arizona is once again back at the bottom of our list. Folks there only need 8.69 pages to find just the right video. 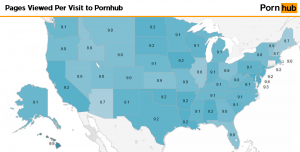 The following graph indicates the difference between pages viewed on Mobile devices and PCs. You might notice that page views on Mobile devices are higher than PCs, whereas the Time on Site chart indicated that more time is spent on PCs than Mobile. 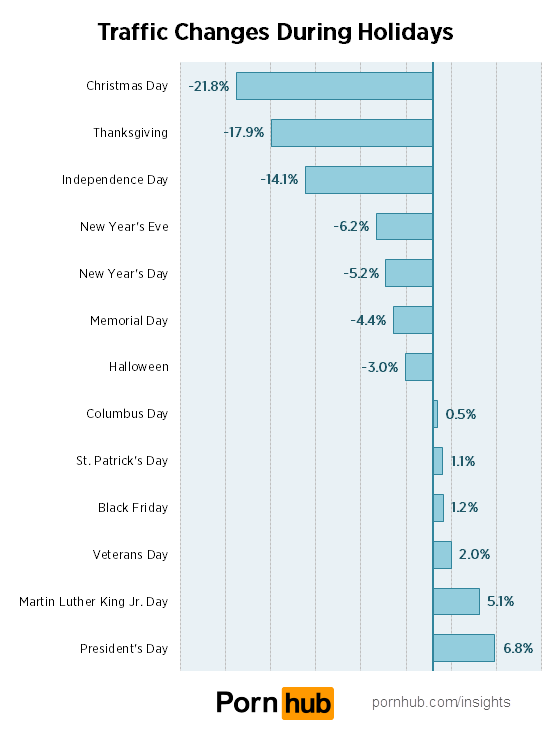 Christmas saw a 22% drop in traffic compared to an average day, followed by an 18% drop on Thanksgiving and 14% on Independence Day. Some holidays see an increase in traffic to our site including the 7% jump we recorded on President’s Day. 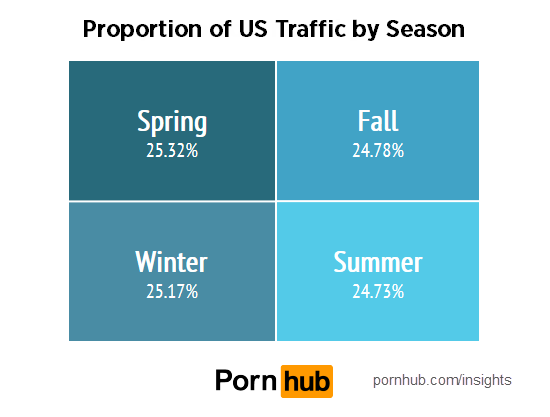 On a monthly basis, January has the largest proportion of traffic at 8.73%. February appears to have the least traffic, however it has only 28 days compared to other months, so September‘s proportion of 7.95% is a more accurate comparison. 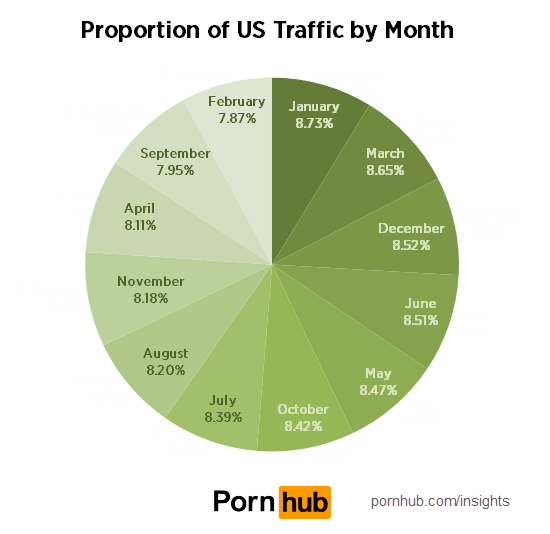