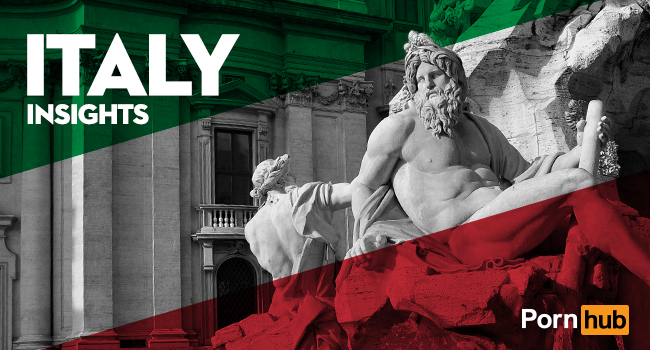 Italy is famous for it’s fashion houses. Labels like Valentino, Armani, Versace, Gucci and Prada are known for outfitting the world’s A-listers, but we’re a little more interested in which XXX-listers Italians most prefer to admire sans clothing. Industry goddess Lisa Ann (NSFW) claims the number one spot but Italy is one of the key European hubs for porn production and as such, is home to many popular performers who also rank highly. Take for instance stunner Valentina Nappi (NSFW) in at 2nd place or Sara Tommasi (NSFW)in third, with the most notorious Italian stallion of all, Rocco Siffredi (NSFW) taking 4th.

With that we’ll say arrivederci to Italia! We’ll be back soon with more Insights, but feel free to give your two cents in the comments section below.